Update: In record time we’ve starting importing Companies House XBRL data, and extracting the key financial figures from it (you can also click through to the underlying accounts themselves). It will take a few days for this to appear on all filing companies (about 60% of companies have filed XBRL accounts): 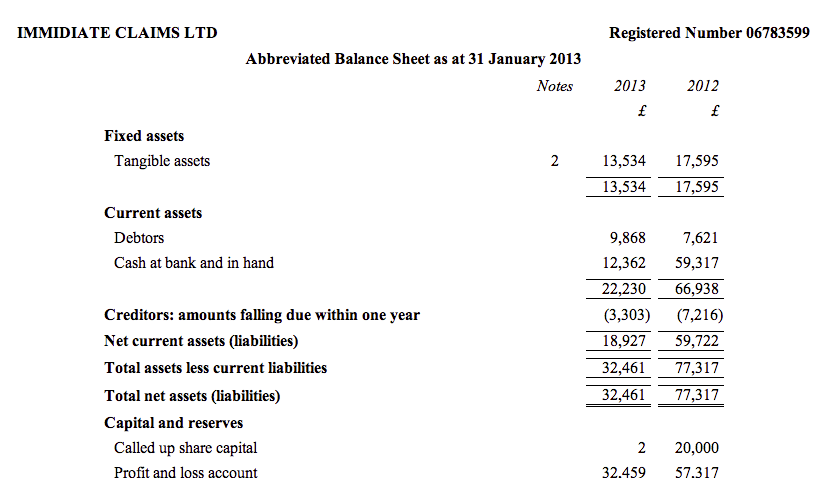 This morning at 10am, the UK made its second significant company-related announcement of the Open Government Partnership annual meeting in London (following on from yesterday’s news that the Beneficial Ownership register will be public).

From today company accounts data will be available to all, as open data. Previously you had to download accounts filings at £1 each from Companies House, and even then what you got were images that you had to manually turn into data, or buy the data from one of the proprietary providers who would send of the filings to countries such as the Philippines or India for rekeying as data (adding costs and errors).

This great news in itself, bringing all sorts of potential uses, from just giving a greater understanding of individual companies to understanding growth, identifying fraud and even potentially being the first step on the way to open credit ratings.

How is it doing this? For the past few years it’s been encouraging (though not mandating) companies to file their accounts as data, specifically XBRL, an international data standard for accounts data. Now XBRL is not trivial to understand, and neither are company accounts, but by working with accounts package vendors, Companies House have meant that this is largely pain-free for companies filing the data, and so many might not even be aware that they are doing this – they also need to file their accounts to HMRC (the UK tax office) as XBRL.

It’s worth stressing that in publishing this as open data, Companies House is breaking new ground, as this data has never been a paid-for product, and so is a concrete example of the ‘open by default’ the UK committed to under the G8 Open Data Charter.

It also shows just how much Companies House (and the UK government) has achieved in the past year and a bit since it started publishing open company data. Of course we’re looking forward to the day when the whole of the Companies House is open, and the key metric is reuse of this data, not on whether it can make money by restricting access. That decision, of course, is down to the UK government, specifically the Department of Business, Innovation & Skills. But this move brings us closer to that day, and we’re hopeful that this will happen sooner rather than later.

Meanwhile we’re now working hard on importing this data into OpenCorporates, and hope to have this information on the site by the end of today.