Data the OpenCorporates team is scraping…. from the Data team (Peter & Shyam)
Business licenses again this week! Business licenses are interesting because they contain information about business activities and may have information like trading names and addresses. This week, we found data sources for US states & scraped scraped business licenses from Missouri, Connecticut, Colorado, Arizona, Vermont, Idaho, Illinois and Utah. The team also looked at how to represent registered addresses in multiple languages. It may sound trivial but it’s not!

Bots submitted by community members…. from Peter Evans.
3 bots are in development this week including the Finance Licences – Central Bank of Kenya mission by Kayyagari and 5 have been submitted. During the #FlashHacks event on Wednesday, we had 3 developers and each one of them submitted a bot! From the bots submitted we’ve seen one that’s scraping financial licenses in Kuwait submitted by Andylolz, and Nambia’s securities and financial licenses by Philip Nye. We’ve been blown away with the hard work dinotash has been putting in for the two tricky missions he chose. He has also been spotting all of the potential difficulties and is working with us to improve our support for them. Similarly, knut’s been putting in some work on Alaska business license & will be hosting a #FlashHacks event in Berlin.

Star scraper of the week:  dinotash for his resilience against two tricky bots: Financial Licenses for Sweden and National Banks of Slovakia.

Campaign & Community Update – #MaptheBanks … from Hera & Seb.
This week, we had a #FlashHacks event where we found 50 datasets for aircraft registers. James Moulding won the prize for the most datasets found! We’ve dubbed him “the data source finder”. Our storify of the Open Data Day 2015 has also been making the rounds with over 300 views. Map the Banks has been keeping us busy. We will be inviting all the people who have signed up for Missions to Slack as it’s a good way to have real-time conversations. This was a tough choice and we had many rounds of Slack vs. IRC.

If you’re interested in helping us with analysing the data, join our Google group! Want to join our slack? Email community@opencorporates.com and we’ll add you! We’re also on the hunt for guest bloggers interested in talking about open data, transparency and company data. Sound like you? Sign up. Events we we were at this week….

Events we are going to be next week….

.Know of any event we should be going to?

Want to host your own #FlashHacks? Get in touch hera@opencorporates.com .

Tweet/Social Media Shoutout of the Week 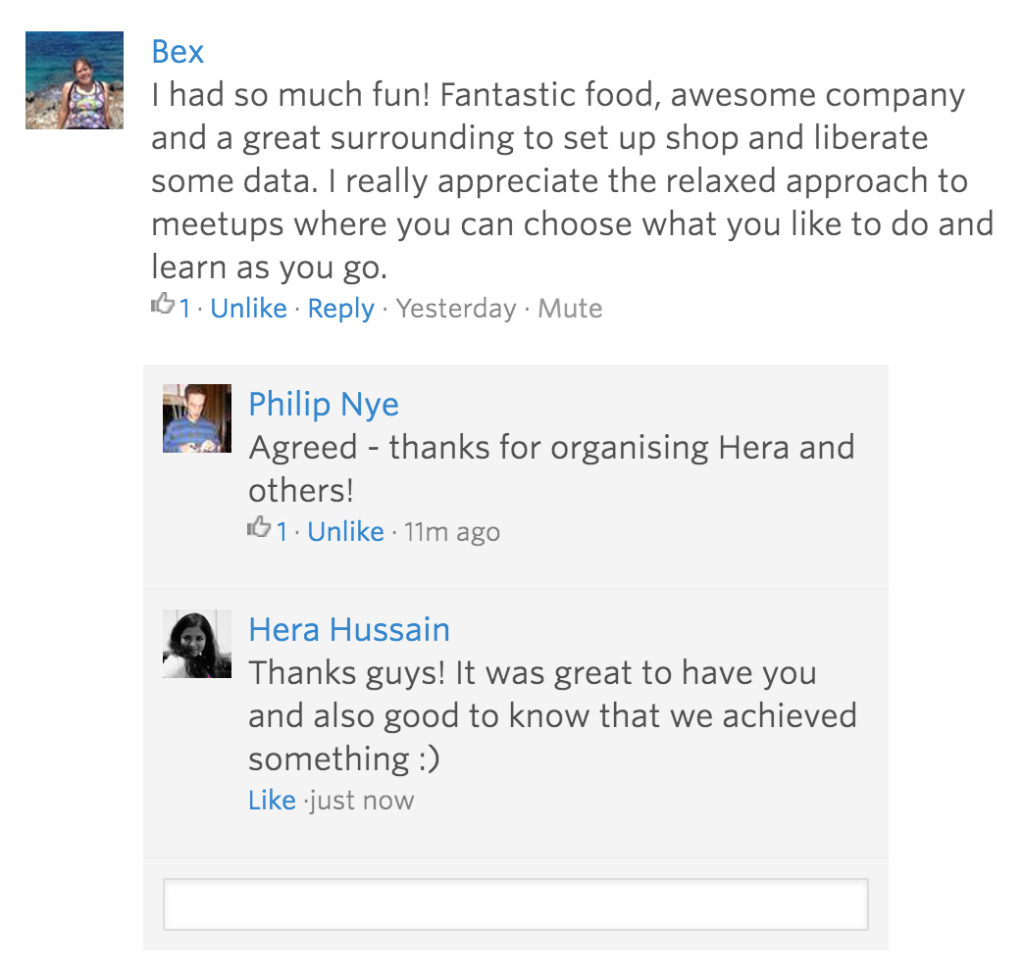 2 thoughts on “Weekly StandUp #2: What Happened at OpenCorporates”